Calvalho owned The Messenger News, a local newspaper, in the late 1970s and early 1980s.

He leaves his wife, Eleanor; a daughter, Noreen; a son, Brian; four grandchildren.

He founded The Islander of South Hero, Vt., which was the first newspaper in the Champlain Island area.

He leaves a brother; two sisters; his fiancé, Heidi Miller.

Sullivan began his career as a reporter in 1969 at The Providence (R.I.) Journal, and was promoted to manager of its Washington County bureau in 1973. He later was named assistant city editor of the then-Evening Bulletin of Providence.

In 1998, Sullivan became editor of The Herald News of Fall River, Mass., and executive news director for radio station WSAR-AM in Fall River. 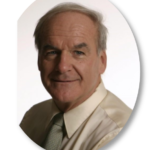 In 2006, Veillette had a stroke, leaving him mute and paralyzed. From 2011 to 2014, he participated in a research study devoted to helping people with verbal and motor issues communicate through a prosthetic device that reads neural signals. The research has implications in helping people with strokes, spinal cord injuries, and other forms of paralysis.

William J. Pape II, editor of the Republican-American, said in Veillette’s obituary in the Republican-Amercan: “Bob was a good newspaperman, a good leader and a good man. What befell him was a tragedy for him and his family he and they did not deserve. The newspaper men and women he worked with were devoted to him and he has been sorely missed.”

He was executive editor at The Telegraph of Nashua, N.H., and opinion page editor at Foster’s Daily Democrat of Dover. He retired in 2010. 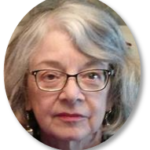 Van Horn began her editing career at the Concord Monitor and was employed at Associated Press bureaus in Concord and in Hartford, Conn. She was a copy editor on the local and wire desks for The Boston Globe and of its Calendar section.

Van Horn was a business agent for the Boston Newspaper Guild.

At the time of her death, she was an editor for PlaidSwede Publishing of Concord.

She wrote book and DVD reviews monthly that ran in the Concord Monitor and The Suncook Valley Sun, based in Pittsfield, N.H.

He was an editor for the New Haven Register.

He leaves his parents, Mary and Stephen, and three brothers, Dan, Peter and Tim.

Smock was a reporter for 35 years for the Telegram & Gazette of Worcester, Mass. He retired in 2006.

Saunders most recently was a reporter and photographer for The Forecaster, based in Falmouth, Maine. He also has been a general assignment reporter at the Telegram & Gazette of Worcester, Mass., and reporter and writer with the Portland Press Herald and Evening Express of Portland, Maine.

He leaves a son, John; a sister, Patricia, and brother-in-law, Richard; a niece; two nephews. 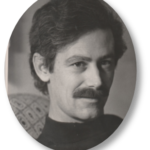 Treloar served in the U.S. Navy and in 1976 was awarded an honorable mention for Military Photographer of the Year. After being released from the Navy, William took photos as a staff member for local newspapers, including The Evening Sentinel of Ansonia and The Milford Citizen, both in Connecticut. He also took photos for The West Haven News.

He leaves his wife, Melinda; a son, Paul; a daughter; a granddaughter; three siblings.

During the 1950s, Madden wrote a political column on the front page of the Stratford (Conn.) News, using the pen name of John Francis.

Michael Victor Garzillo, 82, of Rochester, N.H., died Aug. 26 at Frisbie Memorial Hospital in Rochester after a period of declining health.

Garzillo became a columnist in the early 1970s for Foster’s Daily Democrat of Dover, N.H., where he was employed for 24 years before joining the Portsmouth (N.H.) Herald.

He became a member of the New England Outdoor Writers Association in 1981. He was elected its president in 1999.

He was recognized with a lifetime membership in the New England Outdoor Writers Association. 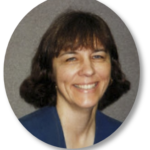 Dunlap was a journalist at The Sun of Lowell in the early 1980s.

She later became a writer at the University of Massachusetts-Lowell. She was promoted there to director of communication and marketing, a job she had for a decade.

Dunlap was a freelance opinion writer for The Boston Globe NorthWest edition from 1990 to 1993.

Dunlap co-authored the book “To Enrich and To Serve, the Centennial History of the University of Massachusetts Lowell.”

After graduating from high school, Shliapa was an interpreter and editor for a local Lithuanian newspaper.

Bearse was a district manager for The Republican of Springfield, Mass., for more than 35 years.

He leaves his parents, Charles and Joyce; three daughters, Charlotte, Samantha and Courtney; three grandchildren; his former wife, Elaine; a brother; a sister.

Larochelle was an apprentice at The Times of Pawtucket, R.I., in 1958. He later joined The Providence (R.I.) Journal as a compositor and was employed there for 38 years before his retirement in 2001.

For more than 30 years, McManus was a printer for the Boston Herald American and other area newspapers.

Julian began his career in the newspaper industry in June 1937 when he was hired in the mailing room of the then-Springfield (Mass.) Daily News. Later, he was a printer for the Springfield newspapers that have been consolidated into The Republican and its sister Sunday newspaper.

She had retired from her longtime job as a proofreader at the company that published what is now the Portland Press Herald and its sister Sunday newspaper, the Maine Sunday Telegram in Portland.

Birchard was a freelance writer whose work appeared in publications, including Connecticut Magazine of New Haven, The Hartford Courant Sunday Magazine, and AutoWeek, based in Detroit. In the 1980s, he announced auto racing events for ESPN, based in Bristol, Conn., and was an auto racing reporter for Enterprise Radio, a short-lived network in Avon, Conn. Birchard wrote a book about Enterprise Radio in 2010 called “Jock Around the Clock.”

He became news director for WKCI-FM and WAVZ-AM in New Haven in 1986. From 1993 to 2008, he was an international radio news broadcaster and automotive reporter for the Voice of America in Washington, D.C.

Cronin was employed for two years in the sports department at the Telegram & Gazette of Worcester, Mass.

He leaves his wife, Michelle; a sister, Jo-Anne; a brother, Arthur.

Hazel was employed in circulation for local newspapers for many years. She retired several years ago.