About the AP Sevellon Brown NE Journalist of the Year

Entries are now open for 2022. The deadline for entries is Thursday, August 11, 2022. Please note all entries must be submitted electronically and follow the instructions on naming your files so they are easily distinguishable.

2022 Newspaper of the Year Awards and Entry Information

This award is bestowed by the New England Society of News Editors, and it recognizes an individual for producing journalism of distinction in New England this past year. The award is named in honor of Sevellon Brown, the late editor and publisher of The Providence Journal-Bulletin, founder of the American Press Institute, fellow of the Academy of New England Journalists, and past president and founder of New England Associated Press News Editors Association (NEAPNEA).

The competition is open to New England journalists of any kind; whether working for a daily, weekly, or specialty print publication, broadcast outlet, or online media.

NESNE member editors or news directors may submit one nomination of a journalist for a compelling story/series published or broadcast between June 1, 2021, and May 31, 2022.

Nominations should consist of a brief cover letter, supported by digital tearsheets or links to the text, photos, audio, video, or other elements of the story/series. Please submit digital entries.

The story reported that Massachusetts was taxing New Hampshire residents working from home even though they were no longer going to their offices in Massachusetts.

Three days after the New Hampshire Sunday News spotlighted the issue, Gov. Chris Sununu said he was ordering his Department of Justice to review the issue. Rep. Chris Pappas that same week introduced a bill that sought to rectify the situation.

The state of New Hampshire later sued in U.S. Supreme Court the Commonwealth of Massachusetts, garnering support from several states in a case yet to be heard.
Coverage for “What’s Working” has focused on the state’s most pressing workforce problems and discovered potential solutions when possible. The pandemic in 2020 also meant focusing on the immediate needs of reporting on issues surrounding the record number of people in the Granite State collecting unemployment benefits.

Cousineau has examined workforce issues from the perspective of both companies and workers, offering useful information at a time of critical need. He’s adapted his approach to reflect rapidly changing conditions during the pandemic. 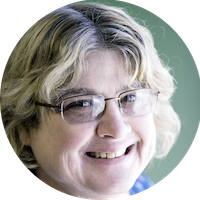 Donna was nominated by her executive editor, Judy Meyer who stated, in her heartfelt letter, that Donna truly embodies Sun-Journal’s stated values of compassion, fairness, and community values.

In the past year, Donna has produced more than 600 stories. Yep, we counted bylines in our database. That’s roughly 50 stories a month, or 11 to 12 each week.

That’s because Donna covers the Franklin County Commission, all things courts and cops, she’s the first out the door for breaking news, she covers municipal government in four towns, she writes features, and is a regular photo contributor. She also coaches other reporters in our Farmington bureau and routinely reads staff stories as they’re posted to the web and calls in corrections on typos and errors to the desk before the material goes to print. (Her penchant for accuracy has saved us real embarrassment a number of times.)

According to Mary Delamater, our senior copy editor who has worked with Donna for more than 25 years, Donna “digs and digs and digs for information to get as many details as possible from as many sources as possible, whether from contacts with people or combing the web. Those details make the difference between a so-so story and a great story that serves readers. In addition, she shares her knowledge, resources, and experiences with new writers, sharing her passion through mentoring.”

In addition to all of this, Donna is also one helluva fighter when it comes to public access.

Once, while covering a routine superior court hearing, Donna was surprised the judge and the lawyers were in chambers for so long, supposedly conducting a pre-trial conference. When they finally emerged, the judge told the stenography to enter a guilty plea from the defendant into the record. Then, the parties prepared to leave the room.

Donna stood up and asked what happened, and the judge said that as long as the parties were all in her chambers they just decided to continue the hearing in there.

Donna balked, telling the judge that wasn’t proper. That all court proceedings, including pleas, were to be heard in open court and on the record. For a couple of seconds, everyone stared at her, and then the judge called a re-do and properly heard the plea in open court.

Another time, days after the Farmington School District’s Board of Directors held an executive session, Donna learned that directors had taken action on a hire behind closed doors. She reached out to the board chair with an objection, reminding her any action was to be held in open session.

At the next meeting, the board publicly voted on the hire and the board chair issued a public apology to Donna for the board’s illegal vote. 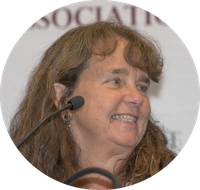 What do you say to a mom whose 12 -year -old son hanged himself?

What does it take to preserve the dignity of someone retelling horrendous acts they committed while battling opioid addiction?

How do you convey hope while reporting about social workers checking on young children who have experienced extreme trauma?

These are the kinds of questions Shawne K. Wickham faced for a year as she reported about mental health and addiction issues for the New Hampshire Union Leader’s “Beyond the Stigma” series.

The five stories submitted for this entry represent some of Shawne’s best work. We could have easily chosen a random batch of any five stories from the “Beyond the Stigma” material and produced an award -worthy sample. These five are among Shawne’s favorites.

Knowing Shawne, these stories all have special meaning for her. I’ve had the pleasure of being stationed not far from Shawne’s desk so I often hear her side of an interview. What always strikes me is not just the intelligence of Shawne’s questions and how she frames them, but the deep empathy she conveys to all her sources. She earns their trust because they can tell she genuinely cares about them. And they tell her things they might not tell anyone else.

Addiction and mental health is one of the most pressing issues in the
country, especially in New Hampshire, where opioid addiction has put the
state in crisis -mode for the last several years.

In these stories, Shawne explores how these problems reverberate throughout society as well as the path to where solutions may lie. 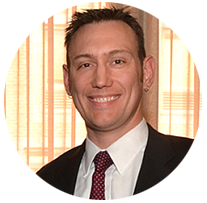 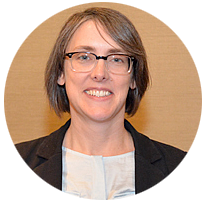 Only AP Providence correspondent Michelle R. Smith could find a scandal in a jar of spaghetti sauce. She’s a relentless digger whose journalism makes a difference.

Smith’s coverage — done in the finest traditions of accountability journalism — set her apart on a highly competitive story. The Providence Journal, which had a team of reporters on Cianci’s mayoral campaign, wound up running her stories and crediting AP on its editorial page. The Boston Globe, too, hailed her work in an editorial critical of Cianci’s continued political aspirations despite his corrupt past.

The biggest of Smith’s several scoops was her investigation into Cianci’s “Mayor’s Own Marinara Sauce.” Its labels promised that sales benefited Providence school children and had helped hundreds of students attend college. Smith dug into the claims and discovered that no money from sales of the sauce had been donated in recent years to Cianci’s charity scholarship fund. A Cianci adviser acknowledged the label could be seen as false advertising and that he’d like to see it changed. Cianci himself admitted to Smith that even if the sauce didn’t make money, “There’s a certain public relations aspect to it all to me. I can’t deny that.”

The concessions didn’t come easily. Over two weeks of reporting, Smith dogged Cianci’s lawyers for answers. She pulled hundreds of pages of documents, set up a spreadsheet and got watchdogs to analyze the finances. She finally got what she needed from the lawyer by showing up in person to a Cianci event and eliciting a promise that he’d turn over the relevant documents. This was critical because the specific financials were not available in any public documents.

A day after the sauce story made a splash, Smith followed up with an examination of Cianci’s charity. She found it gives just a small fraction of assets out in scholarships every year, and spends most of its money on expenses other than for kids.

Reaction was fast and furious. Smith’s talk-of-the-town stories played atop the website of the Journal, the state’s largest newspaper, which credited her work in an editorial headlined “Jarring revelation.” The Boston Globe also invoked Smith’s reporting in an editorial that branded Cianci unfit to lead New England’s thirdlargest city. Congratulatory notes and calls came from media outlets and sources alike, including the news director of Rhode Island Public Radio, a member of the state ethics commission and a source in the U.S. Attorney’s office. Boston’s WBZAM interviewed Smith about how she got the scoop. 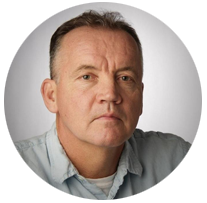 That’s about what it costs when someone is fatally shot. It covers a wide range — hospital and health-care costs, police overtime, legal and court fees, prison expenses, and the myriad social services costs of supporting victims and their families.

In Rhode Island, gunfire may be concentrated in the capital city, but “The Cost of a Bullet” explains how it affects everyone.

Providence Journal reporter W. Zachary Malinowski has reported for years about the victims of gun violence, their families and the non-violence workers who seek to make peace on the streets. Malinowski shared the reporting and writing with Amanda Milkovits for the first day of “The Cost of a Bullet.” In their Rhode Island reporting, Malinowski and Milkovits tallied numbers that had never been calculated before.

In the second installment, Malinowski told the story of Ray Duggan, a former gang member who is paralyzed and in a wheelchair after being shot five times. Gang rivalries and drugs drive the violence. Few have sympathy for those who incite that violence. Yet in Duggan, Malinowski found a sympathetic and human character. Malinowski gained Duggan’s trust. And Duggan wanted his story to prevent other young men from becoming victims. Duggan works for a Providence group that works to make peace on the city streets.

The financial story is eye-opening. Duggan’s first 15 months of recovery cost taxpayers $1.5 million in Medicaid money. Since then, the government has paid $1 million more in medical costs. Though he works part-time, he collects Social Security disability payments.

Duggan told his story on a video on providencejournal.com and went before a crowd of 200 people gathered for a Journal-sponsored Publick Occurrences forum to discuss the problem of young men and guns. He joined other panelists from criminal justice, emergency medicine, health care and community intervention. His words brought tears and resounding applause.

“The Cost of a Bullet” brings home to Rhode Island readers the human, societal and financial toll of gun violence. In recognition, the New England Society of News Editors has named W. Zachary Malinowski the 2014 AP Sevellon Brown New England Journalist of the Year. 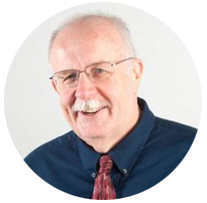 NESNE chose Donoghue for his investigative series into a Vermont State Police sergeant who was later convicted of faking hundreds of hours on timecards and writing about 1,000 bogus tickets.

“Mike was relentless on this important story, and we’re pleased to recognize his tireless work with this inaugural award,” said William J. Kole, New England bureau chief for The Associated Press and this year’s president of NESNE.

Donoghue has covered sports and news for the Burlington Free Press for more than four decades, most recently with a special focus on public records and the need of government officials to be accountable.

The award is named for Sevellon Brown, the late editor and publisher of The Providence Journal-Bulletin and founder of the American Press Institute.