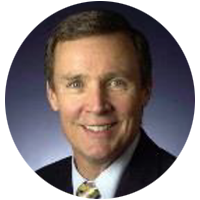 Joseph McQuaid is a 3rd generation newspaperman. His father BJ McQuaid founded the Sunday News, which he sold to Union Leader owners William and Nackey Loeb, creating the Union Leader and New Hampshire Sunday News. Joe started working at the Union Leader part-time in high school. As Joe rose through the ranks as Nackey Loeb’s go-to editor, he became more acquainted with the business side of running a newspaper and was eventually named President and Publisher of the Union Leader upon Mrs. Loeb’s retirement in 1999. Before Mrs. Loeb’s passing Joe lead the effort to open the non-profit Nackey S. Loeb School of Communications. He has worked at the newspaper full-time for almost 50 years.