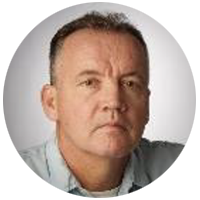 For more than 30 years at The Providence Journal, Bill Malinowski explored organized crime and public corruption, street gangs and gun violence. His colorful stories were distinguished by his ability to talk to everyone: cops and robbers both, but also the victims. He coupled compassion with accountability. His many honors included being named “master reporter” by the New England Society of News Editors in 2014, and induction into the Rhode Island Press Association Hall of Fame in 2017. In 2015, Malinowski was diagnosed with Amyotrophic Lateral Sclerosis, also known as Lou Gehrig’s disease. The courage and determination he demonstrated after receiving this devastating news may be his most lasting contribution. Bill Malinowski died in August 2016. He was 57.