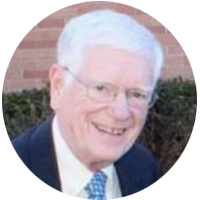 John Widdison was the last managing editor of the Worcester Gazette before the paper merged with the Telegram. In 1988 he was tasked with merging the two papers, a laborious task that involved choosing one city editor when there were two, one sports editor when there were two, and so on. He personally met with more than 100 newsroom staffers to discuss their desires under the one-paper future. Of course, not every staffer was satisfied, but every staffer was heard, and for that John Widdison cemented the already widely-respected reputation he had earned over the years. He led with compassion and intelligence thereby engendering a teamwork, we’re-all-in-this-together work atmosphere. John’s impact was felt not only in the newsroom but also in the community where he welcomed feedback from readers on everything from missed deliveries to spelling errors. Throughout his career John embodied the best of local New England journalism with a strong personal commitment to coverage of town, city and state news.