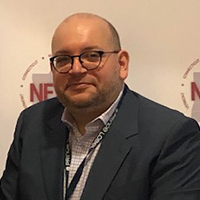 Jason Rezaian served as Tehran bureau chief for the Washington Post and is now an opinion writer for the paper and contributor to CNN. He was taken into custody by Iranian authorities in 2014 and charged with espionage. He was detained at Evin Prison in Tehran served 544 days before his release was negotiated. He lives in Washington, DC, with his wife.