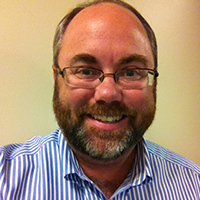 Before coming to the Cape, Pronovost worked at several weekly and daily newspapers in Greater Boston.

An enthusiastic believer in the future of media, Paul has helped champion several efforts to evolve in the digital age, including work on the Dow Jones Future of Content project and the GateHouse Digital Next project.

Paul holds a BA in English from Saint Anselm College and a MPA from Suffolk University. He has been Pulitzer Prize juror and is past president of the Massachusetts Press Association. Paul also has been involved in ommunity leadership endeavors, including board of director seats on the Cape Cod Times Needy Fund, the Salvation Army, and the Community Leadership Institute of Cape Cod. He has been a volunteer soccer coach and Destination Imagination coach for many years.