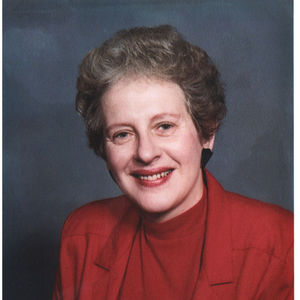 Carol S. Knapton, 86, of Needham, beloved wife of David A. Knapton, passed away on June 5, 2018. Born in Newton, MA, to Rev. Louis Clarence and Emma Johannaber Schroeder, Carol was a resident of Needham for more than sixty years. She earned her bachelor’s degree at Oberlin College, and later a master’s degree in English literature at Boston University. Carol taught English in the Lakeview Ohio public school system before her marriage, and in later years, taught English at the Kingsley School in Boston. She served as a professor of English as a Second Language at Bentley, Lasell, Babson, Boston College, Lesley, and BU. She also was a journalist for the Needham Times and The Patriot Ledger. Carol was active in the League of Women Voters and Friends of the Needham Public Library, as well as a vocal and influential champion of civil rights and the environment. Carol was a lively conversationalist, passionate in her beliefs, an arts aficionado, and had a wonderful and witty sense of humor. Carol loved to swim, garden and play word games. Carol is survived by her husband David; her four children: Paul Knapton of Malden; Sally K. Schroeder of Tempe, AZ; Emily Knapton Chang of So. Salem, NY; and Cheryl Toler of Swampscott; two grandchildren: Aubrey and Bobby Chang; and her sister, Emily Scroggs of Bridgewater. On Wednesday, August 22 at 2 p.m., a memorial service will be held at First Parish in Needham Unitarian – Universalist, 23 Dedham Ave, Needham, MA, with a private burial for family prior. Memorial contributions may be made in Carol S. Knapton’s name to the Alzheimer’s Association. 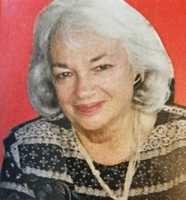 Millie was born in Huntington, West Virginia, May 3, 1925. She charmed Morton while he walked his family dog. Spottie on the West Side Drive, in New York City.
A loving mother of two independent creative spirits (Ellyn and Joseph aka Larry), Millie was a lifelong musician virtual artist, traveled to many places in the world, met many dignitaries and celebrities, worked as a secretary, an advertising copywriter, a newspaper journalist in many capacities at the Danbury News-Times. She was a coordinator of the Danbury Cultural Commission, an award winning painter and member of the Flyboys Club, a visual arts collective.

She was an active member of the Woman’s Club and was a founding member of the Richter Association for the Arts. Millie championed music and the arts in the greater Danbury area for fifty years.

She will be sorely missed. Everybody loved Millie. 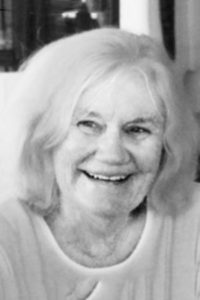 Pamela Holley Wood, writer, teacher, journalist, pioneer in documentary field studies and founder of Salt Inc., died May 29, 2019, at her home in Oaxaca, Mexico.
Born in Maud Okla., Nov. 6, 1929, Pamela was a gifted pianist. Choosing to forego a career in music, she accepted a scholarship to Radcliffe. Pam graduated in three years and married John Frisbie Wood who shared her passion for journalism. They moved to California, pooling their resources to purchase a small daily newspaper, the Corning Daily Observer. Pam reported on all the county news, John secured advertising, wrote editorials and managed production.

Phebe Ann Clarke Lewis, 103, died peacefully May 5, 2018, in Manchester. She drew first breath November 2, 1914, and received her double first name and its uncommon spelling in honor of her mother’s mother, in whose Lake Forest, Illinois, home Phebe Ann was born.

Vermonters might recall Phebe Ann’s reminiscences about her youth in Manchester that were included in Vermont Public Television’s first “Vermont Memories” documentary. 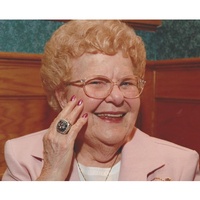 She was born June 10, 1920 and she was educated in Bristol, CT, the daughter of the late Sophie (Winterhuff) and Otto Bochus. Elsie graduated from Bristol High School, Class of 1939 and Bristol Secretarial School. She began her career in newspapers in Connecticut, later moving to Salem, NH. Elsie was well known for her column, “A Chat With Elsie” that appeared in the Salem Observer for 42 years.

She had a giving nature and a great sense of humor. She lived by the adage, “If you give to the world the best you have, the best will come back to you.”

She was predeceased by her husband George Talanian and many friends. Elsie was an member of the NENPA Hall of Fame.

At Elsie’s request, services will be private.

PITTSFIELD — Robert G. Wilmers, chairman and CEO of M&T Bank Corp. and a co-owner of New England Newspapers Inc., died unexpectedly at his home in New York City on Saturday night. He was 83.

A longtime resident of Stockbridge — he purchased his home there in 1969 — Wilmers was a regional philanthropist and a local one, too. He quietly made donations totaling in the millions to cultural institutions across the Berkshires from The Mount in Lenox to the Massachusetts Museum of Contemporary Art in North Adams.

Wilmers was among the group that purchased The Berkshire Eagle and three Vermont papers in May 2016. The group also includes Hans Morris of Stockbridge, Judi Lipsey of Buffalo, N.Y., and Fredric D. Rutberg, of Stockbridge, who is president and publisher of the company.

“The Eagle lost a visionary leader committed to excellence and Berkshire County lost a devoted, generous neighbor who supported practically every civic and cultural cause in our area,” Rutberg said.

As a businessman and Stockbridge resident, Morris knew Wilmers for 30 years before both men decided to be part of NENI’s new ownership team. Morris wasn’t too surprised his friend got involved in the local Fourth Estate.

The Wall Street Journal, in reporting news of Wilmers’ death on Sunday, said of him: “His manner was low-key and he spoke in public only rarely. But he didn’t mince words.” 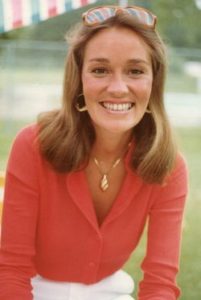 Born on October 2, 1946, she was the daughter of the late William and Mabel Saulpaugh Faivre.

Gail was a lifelong resident of the Berkshires having graduated from the former Searles High School with the class of 1964 and later earning a degree in Interior Architecture from Russell Sage College in Troy, NY.

She was employed for many years at the Berkshire Courier, now the Berkshire Record, as a journalist and editor. She also had her own real estate company, “Quarry Hill Realty” for several years. An accomplished artist, her beautiful paintings grace the homes of her family and friends. She was an avid animal lover and always cherished her dogs, of which she had many over the years.

Gail is survived by her son Edward A. Delmolino, IV, his wife Pilar and their children, her beloved granddaughters, Mareika and Emilia Delmolino of Pollock Pines, California. She also leaves her long-time companion John Bugsch, her cousins and her many friends.

A special thank-you to Maryann Decker for her friendship and caring over the past few years. 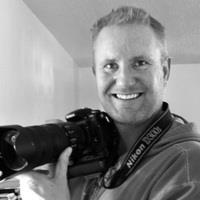 Peter was born May 4, 1967 to Diane (Thompson) Manzi and the late Peter Casolino, Sr. in Danbury, CT. He attended schools in Danbury and then Southern Connecticut State University for Fine Arts, printmaking and photography. He worked as a staff photographer / Editor at The New Haven Register from 1991-2014 and more recently as a contract photographer for the Hartford Courant, As a staff photographer he covered breaking national news events including 9/11 attacks in New York City and the tragic Sandy Hook school shooting.

Dorothy Frazer Carpenter was born June 17, 1926 in Rockville Center, N.Y. and grew up in Long Beach, N.Y. a short walk from the white sand beach and ocean of the south shore of Long Island. She graduated from the Long Beach public schools and the University of Vermont. She was a member of several honor societies, an editor of the UVM Cynic, and did graduate work at the University of South Carolina.

In September of 1947 Dotsy (or Duck as she was called by many friends) married Torrey Carpenter. They lived and raised their children in Burlington, for many years on Cliff Street before moving to her present home on So. Prospect St. 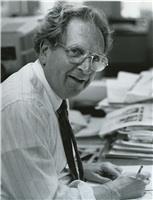 Roger Conrad Bowman, 84, of Greenfield died Thursday, June 7, 2018 at home. He was born June 28, 1933 in Derby, CT to Llewellyn H. Bowman and Mabel (Young) Bowman. He moved with his family to Mechanic Falls, ME where he graduated as valedictorian from Mechanic Falls High School. Roger received his BA in English from the University of Maine where he was an ROTC student and entered the Army following graduation. He was stationed at the Pentagon for the duration of his service.

He held editing jobs in DC and NYC before relocating to this area where he worked as the Leisure Editor for the Recorder. Roger had a love for theater and acted with groups both in DC and New York as well as with the Arena Civic Theater here in Greenfield. He was a Board Member for the Shea Theater in Turners Falls for a time and was also a long-time member of the Greenfield YMCA. 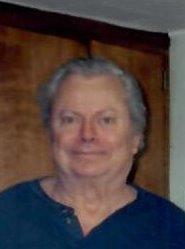 WINDHAM – Richard “Dick” Johnston, 83, died peacefully at Genesis in Lebanon, NH on June 3, 2018 with family around him. He was born September 8, 1934 to the late John and Genevieve Johnston of St. Johnsbury, VT.

His first job was delivering papers, and after graduation from St. Johnsbury Trade School. He worked full time for the Caledonian Record in St Johnsbury. His love of newspapers showed his whole life. All the grandkids knew to leave the papers around Bompa’s chair alone. He was particularly fond of solving the daily Jumble.

He was born in Winooski, Vermont on November 11, 1953 to Kenneth Linwood Mead and Dorothy Rita (DeForge) Mead and lived in the Botetourt area for the last nine years. Phil was a graduate of Lyndon State College, and in 1974, founded the Islander, the first newspaper in the Champlain Islands. Later, he became an Investment Broker. Phil was a benefactor to many young people who wished to continue higher education and was a strong supporter of the Art programs in the High Schools in Vermont over several decades and recently in Botetourt, Virginia. He enjoyed the Mets baseball team and the New York Giants football team. Phil was preceded in death by his parents and two brothers; and is survived by a brother, two sisters and his childhood sweetheart and fiancée Heidi A. Miller.