Henry Frankel, 84, of Peabody, Mass., and formerly of Burlington, Vt., died Feb. 6 in Danvers, Mass., of complications from Parkinson’s disease.

Frankel owned community newspapers, which he later consolidated into The Burlington Citizen, which covered politics, local history and community events, and published editorials in Burlington and Chittenden, Vt. The Citizen went out of business in 1986. 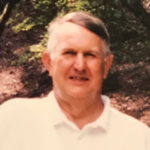 Dempster was advertising director for five different newspapers and was northeast director of Multi-Ad Services, based in Peoria, Ill. He also had been employed with the former Minuteman Publications, which covered Lexington, Acton-Boxboro, Concord, and Bedford, Mass.

Before Dempster retired in 1998, he had covered all of New England, New York, and Eastern Canada for Multi-Ad Services.

Dempster also was employed with the Malden Observer and the former Medford (Mass.) Mercury, and had covered the rag market for the former Boston Record American.

The New England Advertising Executives Association awarded him a lifetime membership on his retirement.

Besides his involvement in the newspaper business, he was the parks and recreation commissioner for Chelmsford.

He leaves his wife, Audrey; two sons, Wayne and William III; a daughter, Linda; three grandchildren; a brother; a sister.

Hallowell was a newspaper editor for the Montachusett Review, based in Fitchburg, Mass., and an advertising salesman for The Public Spirit of Ayer, Mass.

He also published a book of his poems titled “Dry Martini & Other Poems.”

Carroll retired as human resource manager after 45 years with the Southington Step Saver.

Beardsley was a sales manager for The Wall Street Journal. In 25 years with the Journal’s then-parent company, Beardsley headed its book division, Barron’s, the National Observer and The Asian Wall Street Journal Weekly. He also was president of the stateside and international divisions of the Sales Promotion Executive Association.

He was a member of the Outdoor Writers Association and wrote a regular fishing column for the Falmouth (Mass.) Enterprise. He also broadcast fishing reports for WCIB-FM in Falmouth, Mass., and had stories published on various topics in many publications.

Corcoran was involved in Quincy politics. She assisted in campaigns for the late Paul Harold, a Democratic state senator in Massachusetts.

Whitney began his newspaper career on the copy desk of what is now The Republican of Springfield when it was known as the Union News and Sunday Republican. He was employed there for 25 years, and he eventually became city editor before retiring in 2002. He was known for writing the Sunday Drive Column and Just Browsing, both popular because of their humor.

Secchi joined the Greenwich Time as sports editor, then moved to the Port Chester (N.Y.) Item three years later. He was sports editor and a columnist there, and soon became the suburban editor of the Item.

After he retired, he was a columnist for the Greenwich Time.

Before his retirement from The Hartford (Conn.) Courant, he was a circulation supervisor there for many years and a newspaper carrier there for more than 20 years.

Helen A. (Johnson) Douglas, 94, of Athol, Mass., and formerly of Orange, Mass., died Jan. 30 at Quabbin Valley Healthcare in Athol.

Douglas was a reporter a total of 12 years for the Telegram & Gazette of Worcester, Mass., for the then-Springfield (Mass.) Union News, and for the former Orange Enterprise and Journal.

He had been a reporter for The Hartford (Conn.) Courant.

She was a reporter for The Kent County Daily Times, based in Wakefield, R.I.., and wrote for Grace Ormonde Wedding Style Magazine, based in Barrington, R.I.

She served on the Lincoln Park Cemetery Board in Warwick.

Bacon was a machinist for The Republican of Springfield for many years. He retired from there in 2002.

John J. Thompson, 66, died Jan. 25 at Twin Oaks Nursing Home in Danvers, Mass., where he had received care for the past seven years after a lifelong battle with a variety of disabilities.

He had been employed on the sports desk at the Boston Herald.

Sprogell was the first female proofreader at the then-Springfield (Mass.) Daily News. 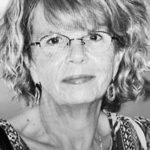 Silke was a local news correspondent for Cape Elizabeth, Maine, for the Portland (Maine) Press Herald,

Delaney wrote columns once a month for Newport (R.I.) This Week, a weekly newspaper that covers Newport, Middletown and Jamestown, R.I., and for a Washington-based magazine about defense policy. He also wrote, edited and contributed to a dozen books, including “Your Career in the Foreign Service.” He wrote about 100 articles on international affairs for magazines and professional journals. He often wrote under the pseudonym David Finley. 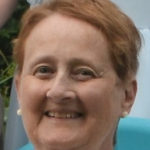 In the 1980s. Coulombe was a suburban news correspondent for the Taunton (Mass.) Daily Gazette.

She also was an information editor for the F.W. Dodge Division of McGraw-Hill in Boston.

Jack Apfelbaum, 93, formerly of Hamburg, Germany, and of Littleton, Mass., died Feb. 1 in his home.

Apfelbaum wrote a column for the Littleton Independent called Thoughts from the Sweat Lodge.

He leaves his wife, Eva; three daughters, Claudia, Ananda and Maya; a granddaughter.

Bransfield wrote for the Middletown Press for 30 years. His last column was published four weeks before his death.

He leaves a niece, Catherine; and was predeceased by a brother, Richard.

Topor had been employed with the Norwich Bulletin before her retirement.

She leaves two daughters, Laurie and Leslie; a son, James; a brother, Thomas. 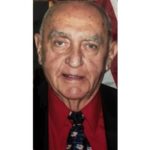 During his time in Wilton, Louis wrote a weekly column, opinion pieces and editorial content for local and statewide newspapers.

She delivered the Portland Press Herald in Old Orchard Beach for several years.

Deck was employed after her high school graduation with the newspaper company that publishes what is now The Republican of Springfield, Mass., and its sister Sunday newspaper.