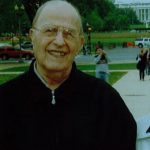 After service in the Army, Stone purchased Rumford (Maine) Publishing Co., which he expanded to publish not only the Rumford Falls Times, but also the former Wilton Times, the then-Westbrook American, and the former Rangeley Record, all in Maine.

Stone later established radio station WLOB-AM in Portland. He eventually owned nine radio stations and Bangor’s Channel 7 TV network, all in Maine. He brokered the sale of dozens of radio stations during his career.

Richard E. Rappoli, 71, of Cambridge and Rockport, Mass., and formerly of Belmont, Mass., died Oct. 27 at the home of a brother in Rockport.

Rappoli was a reporter and editor at the then-Malden (Mass.) Evening News and a sister newspaper, the former Medford (Mass.) Daily Mercury. 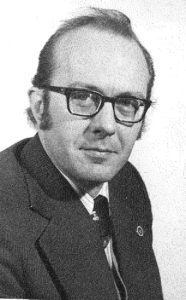 Dougherty began his career in journalism in the early 1960s, and was the head editorial writer for several newspapers, including The Standard Times of New Bedford, Mass., the former Boston Herald-Traveler, the former Hartford (Conn.) Times, The Telegraph of Nashua, N.H., and the Republican-American of Waterbury, Conn. He also was an editorial page editor and columnist at the Charlottesville (Va.) Daily Progress.

Scigliano was an award-winning reporter and editor. In 1969, she became the first woman editor for the Lexington (Mass.) Minuteman.

McMorrow wrote Around the Town, a weekly column in the Westwood (Mass.) Press, and became editor of the Westwood Press. She also had been editorial assistant at the Norwood (Mass.) Messenger.

She was a member of Westwood’s Ways and Means and Conservation commissions and was chairwoman of the Westwood Council on Aging.

Keane was a newspaper journalist for nearly 50 years. He began his career as a reporter in upstate New York for The Syracuse Post Standard, the Oneida Daily Dispatch, and The Buffalo Courier Express.

Keane then joined The Providence (R.I) Journal, where he covered politics and general news. During his 32-year association with the Journal, he eventually became night editor.

He was also the head of the union for reporters and editors. He negotiated contracts with the owners and led a strike in 1973.

Before his career ended in 2003, he was a copy editor at the Providence Business News.

Swart was city and feature editor of the Newburyport (Mass.) Current, a freelancer for The Boston Globe, and a writer for the Malden (Mass.) Observer and for the East Village Magazine of Flint, Mich.

After graduating from college in 1972, Merdek was a reporter and copy editor for the company that used to own what has become the Portland Press Herald and its sister Sunday newspaper.

Merdek also had been the principal media lawyer for Dow, Lohnes, and Albertson based in Atlanta.

He later became general manager and vice president at the Atlanta Journal and Constitution.

Merdek retired as vice president and general counsel at Cox Enterprises, based in Atlanta.

He leaves his wife, Jeanne; two sons, David and Jonathan; a granddaughter, Abigail; a sister. 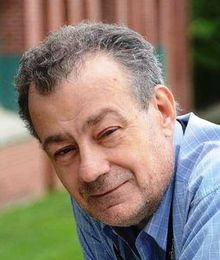 Gentile was a reporter and columnist for The Berkshire Eagle of Pittsfield for more than 30 years. 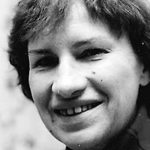 Hale later began a 12-year career at the Kennebec Journal of Augusta, Maine, where she wrote mostly statewide and local education stories. She also wrote personal opinion columns there.

After leaving the Kennebec Journal, she became a full-time freelance reporter for the Capital Weekly of Augusta. Her columns and news stories won multiple awards from the Maine Press Association. In 1992, Hale won the Outstanding Media Award from The National Alliance on Mental Illness for her stories about the mentally ill under deinstitutionalization.

Hale wrote three books: “Being There,” about the private lives of the mentally ill; “Hometown Champs,” about a high school basketball team; “Tap Dancing and True Confessions,” a collection of essays about her life growing up in Maine.

She leaves her husband, John, a reporter at the Bangor Daily News when they married; a daughter, Elizabeth; a stepson, Jonathan; a sister.

Mildred Cole Péladeau, 89, of Readfield, Maine, died Nov. 4 in her home after a long bout with Parkinson’s disease.

Péladeau was a reporter for the then-Lewiston (Maine) Daily Sun, with its state department and its society desk.

Péladeau was a founder of the then-Maine Press, TV and Radio Women. She wrote a book, “Rug Hooking in Maine, 1838-1940,” a 2008 publication that explained the historical context of rug hooking.

Péladeau leaves her husband, Marius, also a former reporter with the Lewiston Daily Sun; a cousin; several nieces and nephews.

Josten was a reporter at The Hartford (Conn.) Courant.

She later helped publish weekly newspapers for many years with her husband, Henry, who was the owner and managing editor of Curtis Johnson Publication.

Forsythe was a staff reporter the former Boston Evening Traveller and for the New Journal of Norfolk, Va.

He later was an on-air news reporter at the then-WHDH-TV, Channel 5 in Boston.

MacGregor Robinson, 53, of Norfolk, Conn., died Sept. 4 in his home after being diagnosed with liver cancer in August.

MacGregor had been a reporter for the Lakeville (Conn.) Journal.

Lynch was a columnist with Milford (Mass.) Daily News and the MetroWest Daily News of Framingham, Mass. Lynch retired from owning a contracting business and began writing weekly how-to advice about home improvements.

In 2004, Lynch began writing a weekly column for The Boston Globe called Dear Dan, a question-and-answer column on home repairs.

Ronald Edward Keeler, 84, of Centerville, Mass., and formerly of Redding, Conn., died Nov. 11 at his home.

He was a Linotype machinist at The Advocate of Stamford, Conn. 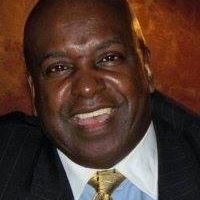 Jenkins retired from The Boston Globe after 21 years in its travel division.

He leaves a daughter, Amanda.

Jacovina was a bookkeeper for the Republican American of Waterbury for 17 years.

She was a photojournalist for the Boston Herald and The Boston Globe.

She also wrote a cooking blog and children’s literature.

She leaves her husband, Shane; two children, Rhys and Meriel; her parents, Richard and Barbara; a brother.

He was involved with transportation and delivery for The Republican of Springfield, Mass.

Kmon was a pressman for several newspaper companies.