McKenna was chief financial officer for The Berkshire Eagle of Pittsfield, Mass., and its parent company, New England Newspapers Inc., based in Pittsfield. He had been employed there for 14 years, beginning in 2003.

McKenna began his career at the Herald News of West Paterson, N.J. He later was chief financial officer of the North Jersey Newspaper, based in Somerville, N.J., and then vice president and director of internal audit at the Media News Group headquarters in Denver.

He participated in the handling of Media News Group’s buying of the Berkshire Eagle and its two sister newspapers in Vermont, the Bennington Banner and Brattleboro Reformer in 1995.

Martin Langeveld, former publisher of New England Newspapers and now a board member, said in the Berkshire Eagle’s obituary on McKenna: “What Media News Group would do during the 1990s when they bought an operation — or would just kick the tires — they brought Frank along. He was the guy they trusted for the numbers.”

McKenna’s daughter Amie Brown said in his obituary: “He just had a head for numbers. It was amazing what he could do with numbers and a spreadsheet … He was all self-taught on computers.” Alan English, publisher of New England Newspapers, said in the obituary: “He was an irreplaceable resource for this company with his knowledge.”

Besides his daughter Amie, McKenna leaves his mother, Sarah; his wife, Sharon; a son, John; four grandchildren; a brother. 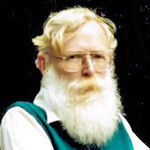 He was a reporter, photographer and editor for The Bar Harbor (Maine) Times; Portsmouth (N.H.) Herald; The Weekly Packet, based in Blue Hill, Maine; Island Ad-Vantages; based in Stonington, Maine; and the Castine (Maine) Patriot.

In 2002, Walsh and his wife, Marcia, launched a weekly newspaper, The Bangor Broadside. 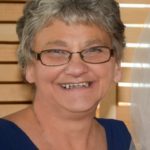 Duquette founded the then-Old Orchard Beach Sun Times, a weekly, in 1989 with her husband, Ralph, and sold it in 1991. 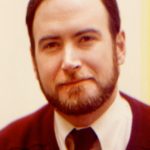 “Cal was a good editor, and had us working as a team,” Victor Tine, who was city editor under Killeen for 21 years and is now retired, said in Killeen’s obituary in the Daily News. “We became a better newspaper under his leadership. He was very reader-oriented, and organized the paper so readers could navigate easily.”

Jim Vaiknoras, a Daily News photographer, said in the obituary: “Cal was a good leader in the newsroom, and reporters who worked under him went on to The Boston Globe, New York Times, and many other publications.”

He leaves a wife, Wendy; two daughters, Kelsey and Kara; a sister; a brother.

In 1980, Cuyler resigned from the Transcript in a dispute with management after he refused to reduce the number of staff members.

He then established his own business, Cuyler Ink, which provided freelance writing services and sound slide shows.

In 1987, Cuyler became the business editor for The Berkshire Eagle of Pittsfield. Cuyler also wrote a weekly ski column and was a member of the New England Ski Writers Association for many years.

He taught journalism at the University of Massachusetts and the then-North Adams State College.

He wrote several books, including “Short Bike Rides in the Berkshires” and “Ernestine Bayer, the Mother of Women’s Rowing in the United States.” He co-authored “Skiing in the Berkshire Hills” with Lauren Stephens. He self-published his memoirs, titled “On Being a Human Verb.” 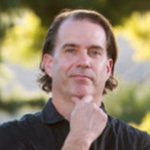 Michael P. Saucier, 46, of Phoenix, Ariz., and formerly of Whitinsville, Mass., died at home Nov. 1 after a brief battle with pancreatic cancer.

Saucier began his career at Stonebridge Press Inc., based in Southbridge, Mass. He was editor in chief of its Southbridge Evening News.

He had been a copy editor for the Boston Herald, TheStreet.com, based in New York City, and the Naples (Fla.) Daily News. He was foreign and city editor at The New York Sun.

He also had been a press secretary for New York City Mayor Michael R. Bloomberg.

He moved five years ago to Phoenix, where he founded and owned Soss Communications, a public relations consulting business. He also was editor of Frontdoors magazine, based in Phoenix and focused on philanthropy.

He leaves his wife, Fernanda; his parents, John and Betsy; a daughter, Flora; a brother. 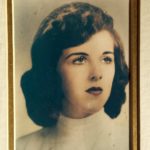 For many years, she was editor in chief of the Westford Eagle.

He was a reporter and an assistant city desk editor for a year at the then-Evening Gazette of Worcester, Mass.

Sullivan began his journalism career at a newspaper in Beverly, Mass., and then was a reporter at The Daily Item of Lynn, Mass. He later became a reporter and columnist for the Boston Herald for 32 years. In the 1980s and 1990s, he was known for his daily Celebrity column at the Herald. He interviewed many celebrities, including Steven Spielberg, Tom Cruise and Mother Teresa. His stories varied from breaking news events to updates on retired celebrities.

Joe Sciacca, the Herald’s editor in chief, described Sullivan in the Herald’s obituary on him as “one of those people who was born to be in a newsroom. As a young reporter, I would watch Paul bang away at the keyboard and knew that the end result would always be incredible writing. There was always an energy, a passion, a sense of humor, a populist style.”

Also in the Boston Herald obituary, Herald columnist Peter Gelzinis, said Sullivan was “an all-around sort of deadline wizard. He was a great rewrite. With every short window, he could turn out great prose … (W)hen stuff broke, editors went to him. He was such a wordsmith.”

After retiring from the Herald in 2001, Sullivan taught journalism and media ethics courses at Middlesex Community College in Lowell, Mass., for 14 years.

A tribute to Paul Sullivan from a Boston Herald columnist and former colleague, Joe Fitzgerald

She was a mystery book reviewer for The Hartford (Conn.) Courant and Lakeville (Conn.) Journal.

Budd also was a beauty editor for the Scholastic Inc.’s Co-Ed Magazine.

She was a longtime Mystery Writers of America member and won an Edgar for her first book, “Thirteen Mistresses of Murder.”

Budd leaves a son, Jonathan, and a daughter, Tracy.

He was a reporter for the former Boston Record American and its successor, the Boston Herald, for 25 years.

She was an investigative reporter at the former Canton (Mass.) Courier.

She leaves two children, Amy and David, and 11 brothers and sisters.

She had written for The Advocate of Stamford, Conn.

Before that and after graduate school, Jensen was a general assignment reporter for the Paterson (N.J.) News. She won eight awards for investigative journalism.

Soon afterward, she wrote for The Advocate and for the American Lawyer, based in New York City and the National Law Journal, based in Washington, D.C. She also freelanced for The New York Times, the Chicago-based ABA Journal, and Ms. Magazine.

Jensen then founded Women’s eNews in 1999 as a project of the National Organization for Women’s Legal Defense and Education Fund. In 2002, Women’s eNews became an independent organization, based in New York City. In 2016, Jensen left Women’s eNews, retaining the title of editor-in-chief emerita.

She received many awards, including the Columbia University Graduate School of Journalism Alumni award.

Hess was a writer at the then-Providence (R.I.) Journal-Bulletin in 1943 while her father was sports editor there.

After that, she was employed in the advertising business and was the first woman in Rhode Island to obtain an executive position in an advertising agency.

Miller was a writer after college for the former Boston American.

His 50 years in the newspaper industry began at the former Boston Record American.

At the time he retired, he was employed in the composing room of the Boston Herald, a successor of the Record American.

He was a member of the Boston Newspaper Printing Pressmen’s Union Local 3.

Jean was a Linotype operator for several years at the Waltham (Mass.) News Tribune and the former L’Etoile Star of Lowell, Mass. 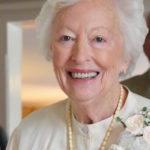 Downs wrote feature stories for publications, including the Vermont Life of Montpelier, Vt,, Yankee Magazine, based in Dublin, N.H., and The Boston Globe.

She was a writer for more than 50 years and an author of books, including “Life by the Tracks: When Passenger Trains Steamed through the Notch,” “Mansions and Meadows: Lyndon the Way It Was,” and “Voices from the Kingdom.” She was a co-author of “A Prison Story.”

Downs was a trade publication editor in New York City.

She wrote numerous oral histories, including profiles of residents of Vermont’s Northeast Kingdom and fellow residents of her retirement home in Shelburne, Vt. 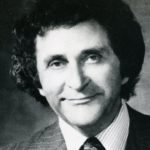 He had been a columnist for the Boston Herald; New England Ad Week, based in New York City; Downbeat Magazine, based in Chicago; and the Boston Post Gazette.

He was the founder and for almost 40 years president of Barron, Hillman and Mellnick of Nahant, Mass. After that, he was public relations director for the Massachusetts Registry of Motor Vehicles.

Barron also was a television and radio commentator and the author of several books.

He had columns published in Yankee Magazine, based in Dublin, N.H., and the Rehoboth Seekonk (Mass.) Reporter. Stories of his appeared in The Providence (R.I.) Journal.

Alan Lancaster, 74, of Saxtons River, Vt,, and formerly of New York City and Long Valley, N.J., died Feb. 5.in his home after a lengthy illness.

He was a newspaper columnist for the former Valley Times Journal from 1994 through 1996. 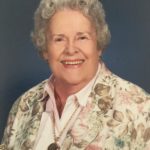 Ahrens was the Suffield correspondent for the former Hartford (Conn.) Times.

Merelice contributed articles, essays and poems to The Christian Science Monitor, based in Boston, before she retired.

She had no survivors. 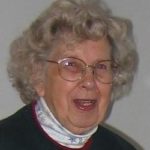 She was employed with The Christian Science Monitor, based in Boston.