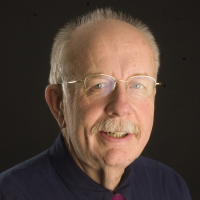 Mike Donoghue is one of the top award-winning news and sportswriters in New England. He spent most of his career writing for print and online for the Burlington (Vt.) Free Press — the state’s top news source, before taking early retirement. Donoghue and the Free Press were often recognized for their work on a local, state, regional and national level. St. Michael’s College recruited Donoghue to serve as adjunct professor & academic adviser for the Journalism Department for 3 decades years to teach classes including Media Law and Ethics. He also serves as the part-time Executive Director for the Vermont Press Association.  Donoghue is frequently invited by the Vermont Legislature to discuss various bills about Public Notices, Open Meetings, and Public Records. He is inducted into 5 Halls of Fame. A few other honors include the Yankee Quill, the Matthew Lyon First Amendment Award, the SPJ National Sunshine Award, and the New England Journalist of the Year. He is vice chairman of the New England Academy of Journalists, a past two-term president of the National Sportscasters and Sportswriters Association, and a former Executive Board member of the New England First Amendment Coalition.