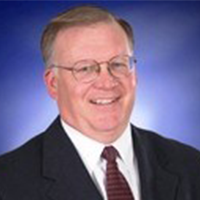 Gregory V. Sullivan has served as General Counsel for the Union Leader Corporation for the past 34 years. He also currently serves on the New Hampshire Supreme Court’s Committee on the Judiciary and the Media, as well as the Committee for Public Access to Courts, and is President of the Hingham, Mass.-based media law firm, Malloy & Sullivan. In addition, he’s a member of the New England First Amendment Coalition’s Board of Directors.

Mr. Sullivan has argued before the New Hampshire Supreme Court in several landmark First Amendment and public access cases. Recently, he appeared with media and First Amendment experts on a special “New Media” television segment for WSBE, Rhode Island’s PBS station. He is also an instructor at the Nackey S. Loeb School of Communications in Manchester, N.H. and a faculty member of Suffolk University Law School in Boston, Mass, where he teaches First Amendment and media law.