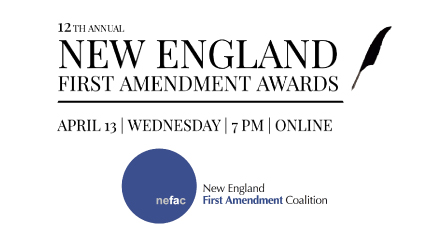 Named after the late publisher of The Providence Journal, the Hamblett Award is given each year to an individual who has promoted, defended or advocated for the First Amendment throughout his or her career.

NEFAC will honor Aronson-Rath at its 12th annual New England First Amendment Awards ceremony from 7 p.m. to 8 p.m. on April 13. The program will be held online. Ticket and registration information can be found here.

All ticket proceeds will benefit civics and First Amendment education in New England.