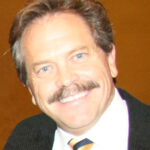 Chris Baker has been the publisher of The Taos News since 2000. Baker and his team in Taos publish over 25 niche magazines and guides. Niche revenue is the paper’s most significant revenue stream, grossing over $1 million annually. The 9,000 circulation weekly churns out high-quality fiber and cyber niche products from illustrated maps to sophisticated glossy magazines. He was awarded the Distinguished Alumni Award from New Mexico State University in 2013 for employing over 30 college interns from NMSU. Baker was inducted into the New Mexico Press Association Hall of Fame in 2018 and was president of the NMPA in 2004. Baker lives in Taos, New Mexico with his wife Lisa and son Aidan.