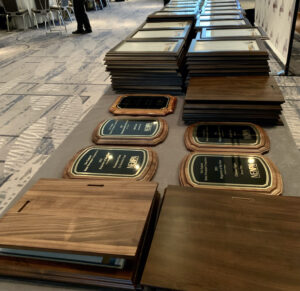 Hundreds of 2021 Better Newspaper Competition awards were presented during the recent New England Newspaper Convention. We love reading the coverage by our members of the awards they received and are honored to represent and serve the daily, weekly and specialty newspapers, and online news organizations in New England.

Check out the coverage: