Beginning in 1977, Poger was a founding member, editor, and later publisher of The Other Paper in South Burlington, Vt.

She was a member of the South Burlington (Vt.) Democratic City Committee, on which she eventually was chairwoman. She became active in the state Democratic Party, and was its executive director. She later was a Democratic national committeewoman. In 1974 and 1978, she was the first woman to chair a Vermont gubernatorial campaign, and in 1980 she directed the U.S. Census in Vermont.

He was employed in advertising sales for The Beacon of Acton, Mass., and the former Enterprise-Sun of Marlborough, Mass. He was the founder of the Marlborough City Post.

He was a reporter and New England news chief for The Associated Press.

He later owned a weekly newspaper, The Citizen of Morris County, based in Whippany, N.J., and was its editor and publisher.

Glover was an editorial page editor for the New York Daily News.

He also had been a speechwriter in Washington, D.C., for a U.S. senator.

During her several decades as a journalist, Newton was editor of the Needham (Mass.) Chronicle for about three years. She wrote a daily advice column under a pen name for the former Boston Herald Traveler. Newton’s byline also appeared in Time Magazine, The Sun of Lowell, Mass., the Newton (Mass.) Graphic, the Dedham (Mass.) Transcript, and The Patriot Ledger of Quincy, Mass.

During her journalism career, Newton established a public relations business in 1947, marketing to schools, theaters and other businesses. She sold the business to a competitor after a few years.

Donnelly was employed at the Telegram & Gazette of Worcester, Mass., until the late 1990s. He began as a reporter and later was regional editor. He then was head of marketing there, and ended his career with a second stint on the newspapers’ editorial board. He also was an outdoor columnist there, writing about hunting, fishing, camping and conservation

He leaves his wife, Helen; two sons; Benjamin and Nicholas; three granddaughters; a grandson; a brother.

He became director of press relations at Northeastern University in 1961, and four years later, founded and was director for four years of the Department of Public Information at the University of Hartford in Connecticut. 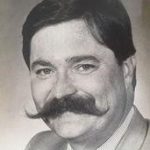 Farrelly was a writer and editor during his career, and was employed with the Norwalk (Conn.) Hour and later the Fairfield County Catholic, based in Bridgeport, Conn., the Greenwich (Conn.) Time, and the Connecticut Post of Bridgeport.

His career began as a reporter-photographer at the Bennington (Vt.) Banner. He was later sports editor there. He was employed at the Banner from 1953 to 1956.

He then went to the then-Springfield (Mass.) Union and covered the North Berkshire area of Massachusetts as bureau chief in 1956 and 1957. He later briefly joined the Northampton bureau before covering a variety of assignments on the Union’s city staff. He also was the Union’s business and industry editor and worked on its night city editor’s desk.

Barschdorf became community relations and employee communication specialist at General Electric Co. in Pittsfield in 1966. During 26 years there, he received several corporate communication excellence awards, most of them as writer-editor of the GE News.

Neary was a reporter for the Rutland (Vt.) Herald. He later was Associated Press bureau chief in Montpelier from 1968 to 1973.

Later in life, he wrote short stories and film reviews and took black-and-white photographs in a style described by critics as “stark” and “austere.” Neary also had two books published, “Vanishing Vermont” and “Rage in the Hills.”

He leaves twin daughters, Carla and Jessica; a grandson. Kirby; a sister 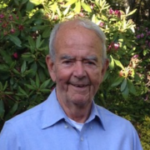 He was business editor for the former Malden (Mass.) Evening News. 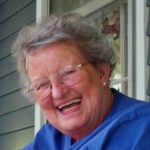 She was employed as a copy editor for many years at the company that now publishes The Republican of Springfield, Mass., and its sister Sunday newspaper. 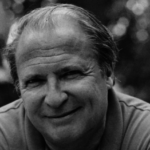 Dave Behrens, 84, of Manhattan died March 24 after a brief illness.

Behrens began his career at the New Haven (Conn.) Register and later joined the Miami Herald.

In 1968, he was hired as a reporter at Newsday. In 1970, he was assigned by Newsday to cover the women’s movement. Not long after joining Newsday, Behrens became part of “The Heroin Trail” coverage that won a Pulitzer Prize in 1974. He ultimately became a feature writer for Newsday, and retired in 2004.

She was a cub reporter at the then-Framingham (Mass.) Daily News, a columnist at The Call of Woonsocket, R.I., and an editorial secretary at the New Yorker magazine. She also had been a script writer for then-radio station WAAB-AM in Worcester, Mass., and WTVL-TV in Waterville, Maine.

Phyllis Jane (Freeman) Nissen, 71, of Wakefield, Mass., formerly of Reading, Mass., died March 13 in her home after a brief battle with cancer.

She wrote columns, including School Notes, about the local schools, and About the Towns, about activities in area communities. 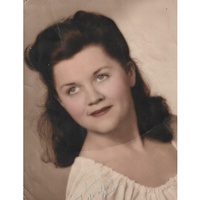 Barker was a reporter for The Haverhill (Mass.) Gazette.

Martin reported on Plymouth for the Bristol (Conn.) Press.

In 1956, he became a cub reporter for the Portland (Maine) Press Herald.

Lima was a sports column writer at The Times of Pawtucket, R.I.

He leaves his wife, Sharon; a daughter, Stacy.

Cwalinski was employed with The Republican of Springfield, Mass., for which his assignments included covering baseball Hall of Famers Ted Williams and Joe DiMaggio. 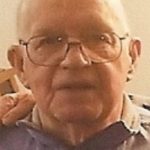 He was a pressman for 49 years with the Telegram & Gazette of Worcester.

Pilkington was a pressman for 40 years at the then-Providence (R.I.) Journal Bulletin.

Rousselle spent 38 years as a pressman and union member at The Burlington (Vt.) Free Press.

He was employed in the newspaper printing business, including with The Boston Globe and Boston Herald. He retired from the Herald.

Mary Lou Touart, 95, of Lexington, Mass., died Feb. 25 in her apartment in Lexington.

She wrote the Scene and Heard column in the Lexington Minuteman for 15 years.

She also had been an assistant fashion editor for Women’s Day Magazine, based in New York City.

She was a member of Lexington’s Permanent Building Committee, served 11 years as a Lexington town meeting member, and was a publicist for several successful Lexington selectman candidates.

Cassinari was the Littleton correspondent for The Sun of Lowell, Mass., for several years.

Kathryn L. “Katy” Forry, 76, died April 17 in her home in Delaware after a battle with gallbladder cancer.

She was a correspondent in Jaffrey and Rindge, N.H., for the Keene (N.H.) Sentinel.

Forry ran as a Democrat unsuccessfully for a seat in the New Hampshire House of Representatives in 2006 and for governor of New Hampshire in 2008.

Helen Peterson, 92, died April 1 in Mansfield, Mass., after an illness.

In 1954, she became a freelance writer for the Williamstown (Mass.) News. She also was a reporter for the Newark (N.J.) Evening News.

Lisa was a newspaper distributor for the Telegram & Gazette of Worcester, Mass., for 27 years, and served 400-plus clients in Leicester, Oakham, Spencer and Barre, Mass. In December, she retired because of illness.

Wendell began his career in the circulation department at The Burlington Free Press.

He leaves a daughter, Barbara; a son, Gary; two grandchildren, Lucas and Lindsay.

Roger F. LaFlamme, 88, of Southbridge, Mass., died March 11 at the Southbridge Rehabilitation and Healthcare Center after an illness.

For 25 years, he delivered newspapers part time for the Southbridge Evening News.

In 1971, Clarkson joined the Sentinel & Enterprise of Fitchburg. She retired in January 2017 after working there for 31 years.

Didriksen was a reporter for a newspaper in Greenwich, Conn.