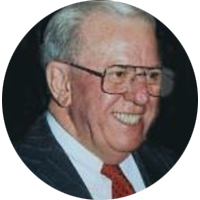 Frank Heinrich came from humble beginnings and became a giant among circulation leaders, not just in Vermont and New England, but he excelled across the nation and internationally. His highly successful ideas and work were copied by many in the circulation field. A nationally known innovator, Frank lectured throughout the United States, Canada, and Europe. He served as a director for the International Circulation Managers Association and chaired two committees.As noted by one of his son’s in reflecting on his passage from this world, “If there is a Heavenly Tribune, with Dad being reunited with his respected colleagues, circulation numbers will without a doubt be climbing!”