NENPA
Home eBulletin Six journalists to be inducted into the New England Newspaper Hall of... 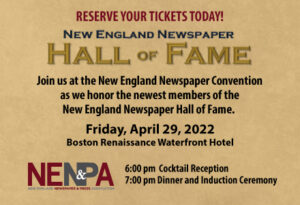 More than 100 individuals have been singled out over the past 20 years for their extraordinary contributions to their newspaper, the news industry, and their communities.

The Hall of Fame awards will be presented at a celebratory dinner as part of the annual convention of the New England Newspaper and Press Association on Friday, April 29, 2022, at the Renaissance Boston Waterfront Hotel in the Seaport District of Boston, Mass. For more information, please click here. 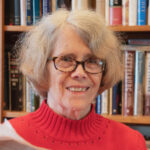 Linda Lotridge Levin started her extraordinary career in the 1960s at The Providence Journal as one of the first women to cover actual news. She leveraged her reporting career into a teaching one – as professor and eventually chair of the Department of Journalism at the University of Rhode Island. She has educated hundreds of students over three decades on media law, advanced news reporting, the history of American journalism, and the critical importance of journalism in a democracy. She has been a fellow at the Poynter Institute, the American Press Institute, and the Annenberg Washington Program. Linda is the former president of the Rhode Island Press Association and board member and founder of ACCESS / Rhode Island, a coalition of organizations devoted to open government. She has received several awards, including the prestigious Yankee Quill. She is also the author of “The Making of FDR: The Story of Stephen T. Early, America’s First Modern Press Secretary.” 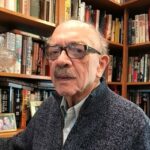 Leonard I. Levin served as The Providence Journal’s news editor for 30 years, overseeing the copy desk with a velvet fist. His monthly “Excellence Newsletter” would offer compliments or throw barbs at reporters and editors – a brilliant incentive to get it right. He was also was a teacher – he trained scores of copyeditors who went on to work on “the horseshoe” at The New York Times, The Washington Post, the Boston Globe, the Los Angeles Times, and many other metro papers. He also taught journalism as an adjunct professor at the University of Rhode Island. When Len took early retirement from The Journal in the mid-1990s, he didn’t stop. He pivoted. He became a copyeditor for the Patriot Ledger and eventually ended up editing Rhode Island Supreme Court decisions. He served as president of both the New England chapter of the Society of Professional Journalists and the New England Society of Newspaper Editors and is also a recipient of the Yankee Quill Award. 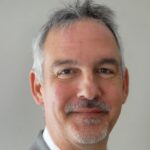 Greg Popa joined the Stowe Reporter as a photographer more than 30 years ago and has since been a reporter, editor, advertising manager, and publisher. In addition to his publishing duties, Popa is also the editor of the twice-yearly award-winning Stowe Guide as well as its art director. In these rocky economic times for newspapers, Greg has not only led the way to financial stability for the Stowe Reporter group but has expanded its reach, bringing outstanding journalism and excellent publications to Vermont communities. Greg has long had an interest in nurturing young journalistic talent and there are scores of successful journalists throughout New England who have benefited from his mentoring and his commitment to producing quality local, community journalism. He is also very active in community affairs and is on several boards. 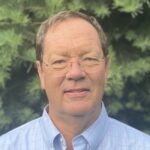 Charles “Chuck” Goodrich has been a leader in New England newsrooms for 40 years, dedicating his career to the betterment of community newspapers. He began as a reporter for the Brunswick (ME) Times Record before serving as the longest-tenured senior executive in GateHouse New England until his departure in 2018. Chuck was either an advertising or circulation director or publisher almost from the beginning of what would eventually become GateHouse New England. He worked for Harte-Hanks, Bay State Newspapers, various phases of Community Newspaper Company, Herald Media, and finally GateHouse. He is one of the last of a breed of publisher well known among many of his newspapers’ readers for his physical presence in their communities. He was also the behind-the-scenes progenitor of so many decisions that allowed those readers’ newspapers to survive, and often thrive, in good times and in bad. Chuck is now president and CEO of Newspapers of New England with publications in Massachusetts and New Hampshire. 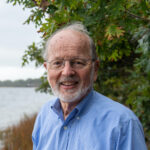 Loren Ghiglione served as the editor and publisher of the Southbridge (MA) Evening News for 26 years. Innovation and idealism have characterized his work as a defender of press freedom, advocate for inclusion, media critic, and leader of national organizations of journalism educators and journalists. He has served as president of the New England Press Association, the New England Society of Newspaper Editors, and the American Society of Newspaper Editors, Ghiglione is best known as an advocate for greater inclusion throughout the news industry. He has received diversity awards from the Asian American Journalists Association, the National Association of Multicultural Media Executives, the National Broadcast Editorial Association, the National Conference of Editorial Writer, and the National Association of Black Journalists (the Ida B. Wells Award). 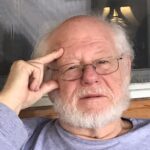 George Geers has always had ink flowing through his veins as a career journalist and book publisher. He dipped his toe into the newspaper world as a college intern reporter at Foster’s Daily Democrat, rising through the ranks there until being named managing editor. From Foster’s he held editor positions at the Southbridge (MA) News, The Chronicle in Willimantic, CT, and The Telegraph in Nashua, NH. In 2000 he formed Plaidswede Publishing and continued his journalism career as an editor at the New England Newspaper Association. George has been involved with the New Hampshire Writers’ Project since 2000, serving as President from 2006-2007 and, most recently as executive director. He is a founding board member of the New England First Amendment Coalition, clerk of the Academy of New England Journalists, has served as executive director of the New Hampshire Press Association, and is a recipient of the Yankee Quill Award.