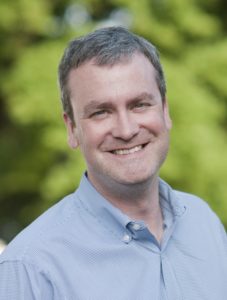 Sean Corcoran is an award-winning print and radio journalist and the Senior Managing Editor for News at WGBH News in Boston. Corcoran is a graduate of The George Washington University and the Columbia University School of Journalism. For the first nine years of his career, Corcoran worked as a staff writer for various New England newspapers. Corcoran moved to public radio in 2005 at WCAI in Woods Hole, where he reported and produced “Two Cape Cods: Hidden Poverty on the Cape and Islands,” a 20-part investigative series that won the Alfred I. DuPont-Columbia University Award — the highest award in broadcast journalism. His work has been recognized with various national and regional awards, including a 2016 Gabriel Award and a 2017 national Edward R. Murrow Award. Corcoran is the former news director at WCAI, and executive producer of the upcoming podcast, “The Forgetting: Inside the Mind of Alzheimer’s.” Corcoran also was the editor of the 2015 book, “The Long Haul: The Future of New England’s Fisheries.”