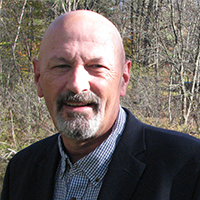 Roger Carroll started his journalism career in local radio, where he did occasional work for CBS and ABC. His long newspaper career includes stints as the editor of the Eagle Times in Claremont, and as Editorial Page Editor and Executive Editor of The Telegraph of Nashua. He is currently Managing Editor of the Laconia Daily Sun. He was named the 2014 Editorial Writer of the Year by the New Hampshire Press Association and won the award for Best Commentary writing in 2015 from the New England Newspaper and Press Association. All of that happened after he came to terms with the fact that he was never going to realize his childhood dream of pitching for the Boston Red Sox.