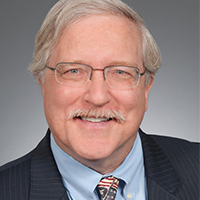 Robert A. Bertsche, a First Amendment and media litigator and counselor, holds up Klaris’s Boston location. A former journalist, Rob has earned a national reputation representing print and online magazines, newspapers, broadcasters, documentary filmmakers, and websites, including in their video, film, podcast, television, and social media incarnations. He serves as editorial counsel to dozens of publications nationwide, including not only one of the country’s largest-circulation consumer magazines, but also one of its most storied and respected news magazines.

Rob specializes in extensive prepublication and pre-broadcast review and also counsels editors and journalists with the aim of avoiding litigation when possible. Where that has not been possible, he has represented media in more than 35 lawsuits in federal and state courts in New York, Massachusetts, Pennsylvania, and New Hampshire, including two libel trials and other cases involving invasion of privacy, access, and public records, copyright and trademark infringement, and Section 230.

Longtime general counsel to the New England Newspaper and Press Association, Rob also serves on the board of the New England First Amendment Coalition and as a member of the Massachusetts Supreme Judicial Court’s Judiciary-Media Committee. For the Media Law Resource Center, he writes the annual outlines of First Circuit media libel and Massachusetts employment libel law. Since 2005, he has been selected by the American Society of Magazine Editors to conduct annual legal training programs in the editorial and business aspects of print and online publications.

For the past 15 years, Rob has regularly been rated as a “Best Lawyer”® and “Super Lawyer”® in the fields of media law and First Amendment litigation. He has also been honored by Massachusetts Volunteer Lawyers for the Arts for his pro bono work and is an Oliver Wendell Holmes Fellow of the Massachusetts Bar Foundation, Life Fellow of the American Bar Foundation, and member of the invitation-only Litigation Counsel of America. Most recently, he was recognized by a national publication as Boston’s 2022 “Lawyer of the Year” for First Amendment litigation and media law. A graduate of Wesleyan University and Harvard Law School, Rob is admitted to practice in Massachusetts, New York, New Hampshire, and Pennsylvania.