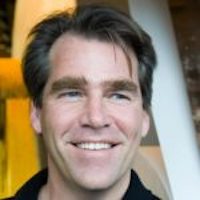 Charles Sennott is the Founder, Chief Executive Officer and Editor of The GroundTruth Project. He is an award-winning correspondent, best-selling author and editor with 30 years of experience in international, national and local journalism.

A leading social entrepreneur in new media, Sennott started GroundTruth in 2014 and in 2017 launched the non-profit organization’s new, local reporting initiative, Report for America. Reporting on the front lines of wars and insurgencies in at least 20 countries, including the post 9-11 conflicts in Afghanistan and Iraq and the 2011 Arab Spring.

Sennott began his career in local news covering cops, courts and municipal government. Sennott’s deep experience reporting led him to dedicate himself to supporting and training the next generation of journalists to tell the most important stories of our time.

Sennott is also the co-founder of GlobalPost, an acclaimed international news website.
Previously, Sennott worked for many years as a reporter at the New York Daily News and then the Boston Globe, where he became Bureau Chief for the Middle East and Europe, and a leader of the paper’s international coverage from 1997 to 2005. Sennott has also served as a correspondent for PBS FRONTLINE and the PBS NewsHour.

He has contributed news analysis to the BBC, CNN, NPR, MSNBC and others. He is a graduate of Columbia University’s Graduate School of Journalism and was a Nieman Fellow at Harvard University.