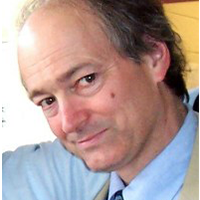 Bill Densmore is executive director of the Information Trust Exchange Governing Association. He is a Donald W. Reynolds Journalism Institute (RJI) fellow and author of its white paper, “From Persona to Payment: A Status Reprot on the News Ecosystem, and a Challenge to Create the Next One.” (2015). A career journalist, publisher and tech entrepreneur, Densmore has been an editor/writer for The Associated Press in Boston, Chicago and San Francisco and for trade publications in business, law, insurance and information-technology in Boston, Chicago and New York. He co-owned and published The Advocate newsweeklies for the Berkshires/southwestern Vermont, from 1983-1992. Densmore founded Amherst, Mass.-based Clickshare Service Corp. , which provides user registration, authentication, content access control and transaction services to Internet web content sites and publishers. He is co-founder of Taxonometrics Inc., a New York-based company incubating a news- and information-personalization service called YourStream®. He’s a founding member and director of Journalism That Matters and also served eight years on the board of the New England Newspaper & Press Association and four years on the board of Shires Media Partnership, Inc. Densmore also served as director/editor of the Media Giraffe Project at the University of Massachusetts-Amherst from 2005-2008. It was an effort to find and spotlight individuals making sustainable, innovative use of media (old and new) to foster participatory democracy and community. He is a member of the editorial advisory board of The Berkshire Eagle. Densmore holds a B.A. from the University of Massachusetts-Amherst in environmental policy and communications. He’s based in Williamstown, Mass.