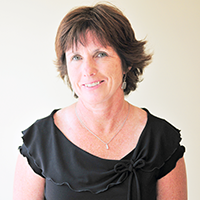 During her career at the Portland Press Herald in Maine, Walsh wrote in-depth series on families living in poverty, teen suicide, domestic violence and the lack of mental health care for children.

Many of her stories changed laws and earned national, state and regional awards. A few of them include the Yankee Quill Award, Anna Quindlen Award for Excellence in Journalism, Casey Medal for Meritorious Journalism, and the Dart Award for excellence in reporting on victims of violence.

She is also the author of an adult biography/memoir, August Gale: A Father and Daughter’s Journey into the Storm, and Sammy in the Sky, a children’s book illustrated by Jamie Wyeth. Walsh lives with her two daughters, husband and a Tennessee Coonhound on a lake in Maine.