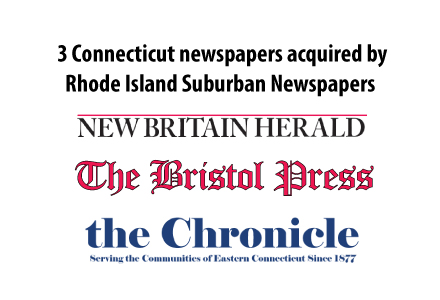 The New Britain Herald, Bristol Press, and the Chronicle of Willimantic were sold by Central Connecticut Communications to Rhode Island Suburban Newspapers, the papers announced.

“We are excited to welcome Central Connecticut Communications into our family of newspapers in Southern New England, said John Layton, RISN Operations general manager. “We will continue to provide great coverage for our readers and advertising opportunities to local businesses in Willimantic, Bristol, New Britain and the surrounding communities.”