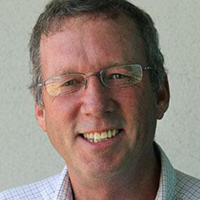 Thomas Farragher, a journalist for 40 years, is a Globe columnist and associate editor and the former editor of the Boston Globe Spotlight Team, the newspaper’s award-winning investigative unit. He shared the 2003 Pulitzer Prize for public service for coverage of the clergy sexual abuse crisis.

Farragher and his Spotlight Team colleagues were finalists for the 2015 Pulitzer Prize for public service for the 2014 Globe series, “Shadow Campus,’’ which uncovered rampant overcrowded and unsafe living conditions throughout the university neighborhoods of Boston.

He joined the Globe staff in 1997 as a member of its Metro staff. He briefly worked as a Spotlight Team member before spending six years producing special projects for the newspaper. He was named a Globe Metro columnist in 2014.

In 1997, he was co-winner of the National Press Club’s top award for journalists who display excellence and versatility in covering Washington from a regional perspective, and the 1999 National Headliner Award for spot news coverage of a mass murder at Connecticut’s lottery headquarters.

He is the co-author of “Betrayal: The Crisis in the Catholic Church,” based on the Globe’s reporting about clergy sexual abuse.

He and his Spotlight Team colleagues were awarded the George Polk Award and a first-place National Headliner Award for public service in 2012 for a Globe series on an unusually high acquittal rate in drunk driving cases tried before judges instead of juries.

In 2015, Farragher was inducted into the Academy of New England Journalists when he was named a recipient of the Yankee Quill Award, the highest individual honor New England journalists. The academy cited Farragher for his “strong commitment to the watchdog principles of journalism, (his) leadership role in mentoring aspiring and young journalists, and (his) fierce dedication to the First Amendment.’’

In 2017, he received an honorary doctorate degree from his alma mater, the University of Rhode Island, for his “life’s work and accomplishments.’’ Farragher began his career as a reporter and editor at two small Massachusetts dailies, the Gardner News and the Clinton Daily Item.  He later covered the Connecticut Legislature for The Day newspaper of New London.

In 1988, he joined the staff of the San Jose (Calif.) Mercury News, where he covered city hall and the state capitol in Sacramento before becoming the newspaper’s Washington correspondent in l994.

He is also the recipient of several regional writing awards.

A native of Clinton, Mass., Farragher received his journalism degree from URI in 1977. He and his wife, Joan, are the parents of three children, Brendan, Colleen, and Adam. They live in Scituate, Mass.